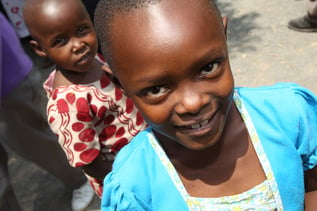 As we move closer to the end of Ordinary Time in the Liturgical Year, we continue to consider the meaning of the Second Coming of Christ and how Christians are to live in the meantime.

Our Savior did not want His disciples two thousand years ago or in our own times to be overcome with fear about either the present or the future.

The section of the Gospel according to St. Luke that we hear today takes place very shortly before the Last Supper; which will in turn be followed by the arrest, torture, and death of Jesus. He was preaching in the Temple when He heard people discussing the beauty and wealth in the very walls of the Jerusalem Temple. But He told them that it would not last; that it would become rubble. In fact, by the time the Gospel was written, the Temple had already been destroyed by the Romans in 70 A.D. The people listening to Christ that day asked what signs they should look for before this terrible event. Christ wanted them to know that the world will face much turmoil before what is often referred to today as the end times. But before those final dreadful disasters like earthquakes, plagues, and war, that are sadly common throughout the course of history, other hardships will happen. Christians would experience terrible persecutions and be called to testify as to their beliefs. Then Jesus consoles His listeners by saying, “I Myself shall give you wisdom in speaking that all your adversaries will be powerless to resist or refute. You will even be handed over by parents, brothers, relatives, and friends, and they will put some of you to death. You will be hated by all because of My name, but not a hair on your head will be destroyed. By your perseverance you will secure your lives” (Luke 21:15-19).

Our Savior did not want His disciples two thousand years ago or in our own times to be overcome with fear about either the present or the future. Whether confronting the violence of persecution or any other ordeal, we need to trust in Jesus completely. St. Gregory the Great said: “It is as if the Lord said, ‘Be not afraid, go forward to the battle, it is I that fight; you utter the words, I am He that speaks.’” Christ died for us and through His Crucifixion and Resurrection saved us from the horrendous and eternal consequences of evil and death. As we follow Him here on earth, He calls us to enter heaven with Him. We are meant for an unimaginably full, beautiful, and unending eternity. If we believe in Him and endure in our efforts, we will live together forever.