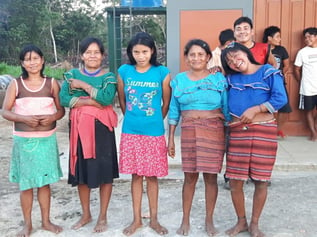 Today’s liturgy offers a strong reminder that death is not the end of our lives...

On the contrary, eternity offers a new life with God -- just as He has always planned for us, His treasured children.

Our readings on this Sunday call us to serious contemplation of life, both now and in eternity. How we approach our daily lives and the choices we make along the way matter, not just in time but in life everlasting. We hear about two groups of people whose view of life after death could hardly be more different. In the Old Testament reading, we learn about a time when those who faithfully tried to follow the Jewish law were persecuted. Among these were a woman and her seven sons who were arrested and tortured. Just before his death, one of the brothers says, “It is my choice to die at the hands of men with the hope God gives of being raised up by Him” (2 Maccabees 7:14). This family bravely lay down their lives in order to remain loyal to Almighty God. Not only did they believe in God, they hoped in Him; they foresaw a future after the grave where Divine justice and mercy would transform everything. The way of the world as they knew it and as we know it would no longer prevail.

In today’s Gospel, we encounter the Sadducees. In their efforts to discredit Jesus, they presented Him with an example of a Mosaic law that was extreme to the point of absurdity. But Christ told them that life after death is not the same as what we have known. Human rules no longer apply. He said: “Those who are deemed worthy to attain to the coming age and to the resurrection of the dead … can no longer die, for they are like angels; and they are the children of God because they are the ones who will rise. … He is not God of the dead, but of the living, for to Him all are alive” (Luke 20: 35-36,38). In heaven we will experience the fullness of life eternal. After Jesus was crucified, died, and buried, He rose up. Jesus was the same Jesus His disciples had known for years. Yet He was also more. He ate and drank with them, but He also appeared to them in a locked room. After His Resurrection, Christ had changed. And we will, too. In the Apostles’ Creed we say that we believe in “the resurrection of the body, and life everlasting.” This will be our own experience. In the presence of God, we will be ourselves the way He has always meant us to be. And we will be home.