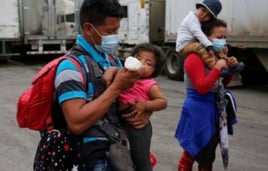 We can look to St. Joseph as the model for our own work

Whatever life Joseph thought he would have, much of it changed when he was given the unique mission of caring for the Son of God and His Mother.

On this day we revere St. Joseph, husband of Mary and earthly father of Jesus, as patron of workers. Joseph is described in the Gospels as being a righteous man and a carpenter. We learn about his fidelity to God and his protection of his wife and her Child. Whatever life Joseph thought he would have, much of it changed when he was given the unique mission of caring for the Son of God and His Mother. But we know that he continued in his work as a carpenter and that he instructed Jesus in the craft that provided the Holy Family with its livelihood. In their years in Nazareth and, very likely, during their time in Egypt as well, Joseph worked with his hands six days a week. Then, along with his fellow Jews, he and his household rested on the seventh day, the Sabbath. In the Genesis creation story we hear that after God finished making the great universe, including our beautiful world and all its living creatures, He made His beloved people, “Male and female He created them.… Thus the heavens and the earth and all their array were completed. Since on the seventh day God was finished with the work He had been doing, God rested on the seventh day and made it holy, because on it He rested from all the work He had done in creation” (Genesis 1:27, 2:1-3).

Today we recall that since we have been entrusted with caring for God’s good earth, He expects us to value all creation. He also wants us to respect the work that we are called to do, and the work of our neighbors as well. In St. Joseph we find a marvelous example of a person who worshiped God with the effort he put into his work. He looked after the needs of those dependent on him. He labored honestly and honorably in the workshop where he modeled these virtues as well as his skills for the Son that our Eternal Father put into his care. Venerable Pope Pius XII, who chose this date to honor St. Joseph the Worker, said, “The humble workman of Nazareth not only personifies before God and the Church the dignity of the man who works with his hands, but he is always the provident guardian of you and your families.”