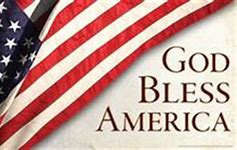 “All men are created equal, that they are endowed by their Creator with certain unalienable rights.”

On this date in 1776, representatives of the thirteen American colonies were gathered at what is now called Independence Hall in the city of Philadelphia. These founders ratified and announced their agreement that those colonies were now free and independent states no longer ruled by Great Britain. We continue to celebrate the Fourth of July as our Independence Day and the Declaration of Independence as a kind of “birth certificate” for our nation. It was written by Thomas Jefferson and contained the many reasons the colonists had for wanting the freedom to govern themselves. From the first sentence to the last, God is called on to witness the commitment of these people and their newly created states to forming a new nation. The document affirmed that they would “assume among the powers of the earth, the separate and equal station to which the Laws of Nature and Nature’s God entitle them.” They proclaimed that, “all men are created equal, that they are endowed by their Creator with certain unalienable rights.” It closed by stating that, “for the support of this Declaration, with a firm reliance on the protection of Divine Providence, we mutually pledge to each other our Lives, our Fortunes and our sacred Honor.”

On this Independence Day, we pause to reflect on the many people in the United States and around the world who have been tried by a terrible pandemic, with people’s lives and livelihoods at stake. Even as we deal with the problems of everyday issues and long-term concerns, we need to turn ourselves over to the protection of God. Whatever discouragement, worry, or grief we face, we are never alone. Our loving Lord is always with us, offering us His courage, strength, and peace. May we accept His gifts with gratitude and share them with others in need.

Suggested missionary action:  Let us honor the Fourth of July and the blessings of freedom by committing ourselves to working for the welfare of our neighbors, our nation, and our world through acts of justice and mercy whenever we can.