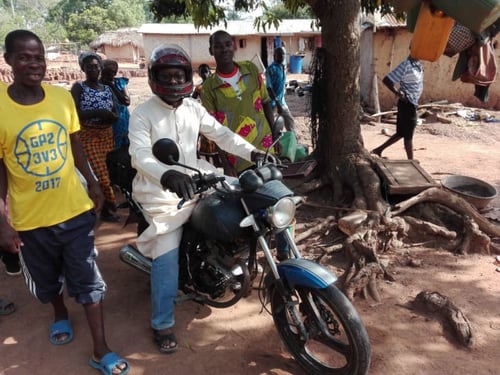 He was a French peasant with little education, but threw himself into his studies in order to prepare for the priesthood. He became the parish priest or cure’ of Ars where he would spend the rest of his life. He was grieved by the indifference of his parishioners and dedicated himself to alleviating their spiritual coldness and material hardships. The priest constantly helped the poor, even founding a home for girls. He taught catechism and gave sermons, encouraging his people to grow in their faith in Christ. “See you lowly ones, and be glad; you who seek God, take heart! For the Lord hears the poor, and does not spurn those in bondage” (Psalm 69: 33-34). St. John Vianney not only gave himself though prayer and service, but he also sacrificed himself by sleeping and eating as little as possible.

It was through his role as confessor that St. John Vianney became famous far beyond his small town. Penitents flocked to him for the wise guidance and generous mercy he offered. He often spent 12 to 16 hours a day hearing confessions. This remarkable priest died in 1859 and was canonized in 1925. He was named patron of parish priests a few years later.

Suggested missionary action: Let us ask St. John Vianney to intercede with God for the well being of all priests as well as an increase in priestly vocations. Let us also ask him to help each one of us in examining our conscience daily and going to confession regularly.  Pauline Jaricot, foundress of the Society for the Propagation of the Faith, one of the Pope's mission societies, went to St. John Vianney as her confessor. May his connection to her and her missionary zeal inspire us to support the Pope's missions today.