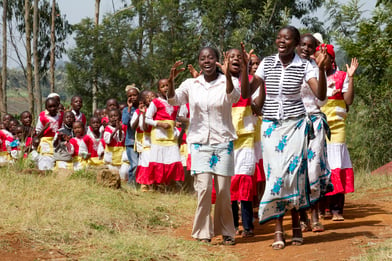 Traveling far and wide to introduce the Lord to many...

On this memorial celebrating the feast of St. Francis Xavier, we honor him as co-patron of missions.

Coming from a well-to-do Spanish family, he intended to have an academic career. It was while studying in Paris that Francis met Ignatius Loyola around 1529. The older man urged Francis to join him in establishing a new order of priests committed to mission work. Within a few years these two plus five other men took vows and were ordained as the founding member of the Society of Jesus, or Jesuits. Francis, like the others was committed to journeying to the ends of the earth to share Christ’s message of salvation with those who did not know Him. The first goal of Francis was India where he lived and worked for several years. He was determined to spread the Gospel to all. In today’s reading from Isaiah we hear, “He shall judge the poor with justice, and decide aright for the land’s afflicted.… Justice shall be the band around his waist, and faithfulness a belt upon his hips” (Isaiah 11:4-5). Francis certainly worked to bring the mercy of God to everyone, as well as his belief in the Son of God, our Redeemer.

Francis continued his efforts in the islands of Malaysia and then in Japan. He hoped to reach China, but after eleven years of service in the missions, he died of a fever before reaching there. St. Francis Xavier willingly undertook the hardships of a missionary’s life to bring the gift of faith in Jesus Christ to those who had never heard His Holy Name. His life was an example of devotion to our Lord and His people. He said, “It is impossible to find a saint who did not take the ‘two P’s’ seriously: prayer and penance.” This is something worth remembering for each one of us, whatever our state in life may be.

Suggested missionary action:  Today let us pray to St. Francis Xavier, asking him to assist the Church’s missionaries in teaching the Good News to those who do not yet know or embrace His merciful love. And may his love for the missions inspire our support of missionaries today.