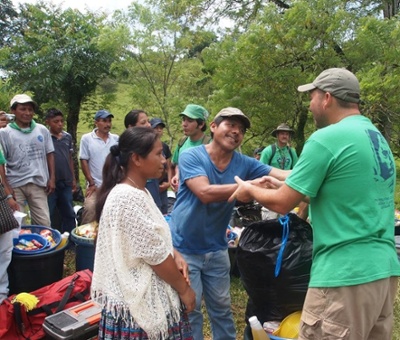 Simon and Saul. Peter and Paul. The same men were given new names as they were moved from their former lives into their roles as singular and remarkable Apostles of Christ.

Jesus picked Peter as one of the earliest and closest of His disciples. Peter accompanied our Lord at several key moments including the Transfiguration and the agony in the garden. Despite Peter’s very human flaws, Jesus knew his heart and soul. Our Lord decided that this was the man He wanted to head His Church. “(Jesus) said to them, ‘But who do you say that I am?’ Simon Peter said in reply, ‘You are the Christ, the Son of the living God.’ Jesus said to him in reply, ‘Blessed are you, Simon son of Jonah. For flesh and blood has not revealed this to you, but My heavenly Father’” (Matthew 16:15-17). Peter would indeed become the rock of the Church – just as his name means in Latin. Despite a number of issues that rose in the early day of Christianity, Peter offered guidance and stability as he gave his life serving the will of God.

Saul hated Christians and did all he could to destroy them. He was even present at the martyrdom of St. Stephen. But Our Lord had very different plans for Paul, as we know him. Knocked off his horse and blinded while going to Damascus, Paul heard Jesus ask why he was persecuting Him. After that, Paul’s whole life changed and, because he followed Christ, the world changed. Paul brought the Good News to people in much of the Roman Empire. He experienced shipwreck, arrest and other hardships, but he kept the faith and communicated it to all he met. Like Peter, he became a martyr for Christ about the year 65 A.D. These two men, so vital to the spread of the Church, sometimes disagreed, but always sought to do everything our Lord asked of them every day. May we do the same.

Suggested missionary action:  Let us answer the question that Jesus asked Peter. “Who do you say that I am?” And let us also think about what He truly means to us and to how we live our lives.