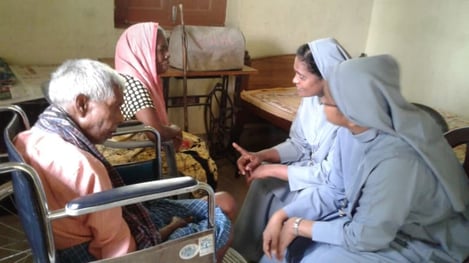 They gave up everything to serve the Lord and His people...

They left France to share the Catholic faith with the native people of Canada and northern New York. They worked mostly among the Huron while enduring severe personal hardship. Harsh living conditions, different food, and freezing winters contributed to the difficulties they faced. Often called Blackrobes, they were sometimes blamed for epidemics and other local disasters. They nonetheless put themselves at risk for torture and death, particularly from the Iroquois who were longtime enemies of the Huron.

As we see in today’s readings, all who call ourselves Christians must put our trust in God so that we may embrace Him for eternity. “We too believe and therefore speak, knowing that the one who raised the Lord Jesus will raise us also with Jesus and place us with you in His presence” (2 Corinthians 4:13-14). During the 1640s, each of these dedicated missionaries suffered and died a martyr for his belief in Christ. We can look to these missionary saints as models of faith in arduous circumstances.

Suggested missionary action:  Let us thank God for the freedom to practice our faith and ask Him to protect those everywhere who are persecuted for their religion. And, on this World Mission Sunday weekend, let us also support the work of the Church’s missions around the world.