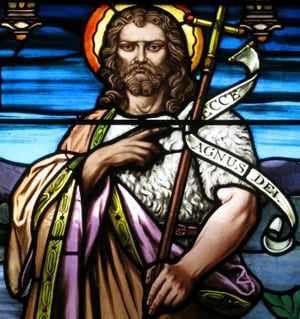 A model of dedication to God’s will for all people

As soon as Zechariah agreed by writing, “John is his name,” he could once again speak.

Elizabeth and her husband Zechariah were elderly when their son was born. The baby who would become known as John the Baptist was welcomed not only by his parents but also by their friends and neighbors. Zechariah had been mute since his encounter with the angel Gabriel who revealed that their son would go on to serve the Lord in a singular way. The townspeople must have wondered about this infant and God’s plans for him. Because it was customary to name a child for a family member, people were amazed that Elizabeth insisted on calling him John. As soon as Zechariah agreed by writing, “John is his name,” he could once again speak. And, of course, so did all their neighbors – spreading the news about these strange events far and wide. “All who heard these things took them to heart, saying, ‘What, then, will this child be?’ For surely the hand of the Lord was with him.... The child grew and became strong in spirit, and he was in the desert until the day of his manifestation to Israel” (Luke 1:66, 80).

God had selected John to announce the arrival of the Messiah of the Jewish people. He urged people to be baptized in repentance for their sins and to show their desire to turn to back to all that God asked of them. In time, with the encouragement of John, a number of these went on to follow Jesus in whom they discovered the Savior of the world. We are asked to do the same; not only by calling ourselves Catholics but also by traveling the way of Christ all our days.

Suggested missionary action:  Let us thank God for the gift of faith by praying to St. John the Baptist, the patron of Baptism, and asking him to help us live up to our baptismal promises.