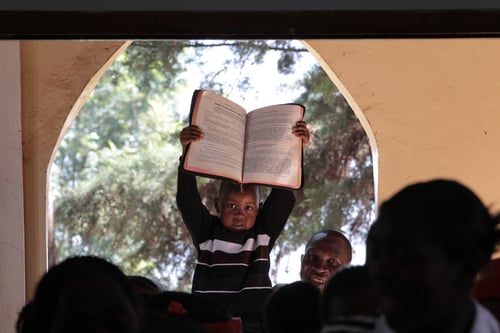 John the Baptist and Herod both had decisions to make. Only one chose God

As we commemorate the passion of John the Baptist today, we recall one of the most famous stories in the New Testament.

John had given his whole life in service to Almighty God who had chosen him to proclaim the arrival of the long-awaited Messiah. So John did what the angel had announced to his father and traveled a very special path. He was filled with the Spirit from the time Mary visited his mother Elizabeth, leaping in the womb at the presence of Jesus. John made the desert his home and the Jordan River his pulpit by preaching that the Christ would soon be with them. He called on all who heard him to have a change of heart and seek God’s will above all else. In his devotion and humility, John even sent some of his own disciples to follow Jesus.

John was arrested for bravely denouncing the improper marriage of Herod Antipas and Herodias who had been married to his brother. Then, after Herodias’ daughter Salome danced for him at a banquet, Herod foolishly promised her anything she wanted. She and her mother took advantage of the situation and demanded the head of John the Baptist. “The king was deeply distressed, but because of his oaths and the guests he did not wish to break his word to her. So he promptly dispatched an executioner with orders to bring back his head” (Mark 6:26-27). The selfish and impotent Herod chose the easy way out. Instead of exerting his authority to forbid this evil, he gave in. It is all too easy for us to give in and do something we know is wrong, when we do not want to look weak in front of others. Nevertheless, we all must make up our own minds every day.

Suggested missionary action: Spend some time asking yourself if you have ever committed a sin because you were afraid of what other people might think. Pray to St. John the Baptist asking for courage in doing the right thing, no matter the cost.