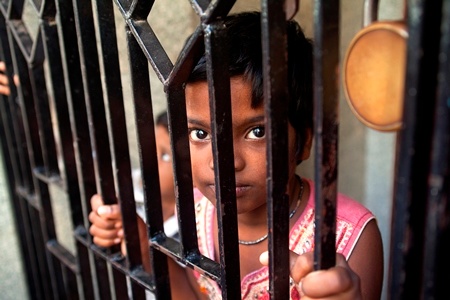 Even before his birth, John the Baptist was chosen by our heavenly Father to proclaim the coming of the Messiah.

He led an unusual and ascetic life, spending much time in the desert praying and denying himself. In time, John would stand on the shore of the Jordan River, preaching repentance and baptizing those who responded to his words of hope. He readied many people for the mission of Christ, including some whom he would send to Jesus to become His disciples. In serving God, John fearlessly stood up to evil wherever he saw it. And that included reproving Herod Antipas and Herodias his queen for their illegal and sacrilegious marriage. “Herod was the one who had John the Baptist arrested and bound in prison on account of Herodias, the wife of his brother Philip, whom he had married.… When he heard him speak he was very much perplexed, yet he like to listen to him” (Mark 6:17, 20).

In time, Herodias manipulated Herod into having John murdered. Unlike the humble people of faith who listened to John the Baptist’s call for contrition and conversion of heart, this couple believed that power and position were all they needed. Their sinful pride condemned John to death. Yet it was St. John the Baptist who embraced God’s truth and love during time – and for all eternity.

Suggested missionary action:  Let us pray to St. John the Baptist, asking his help in living out our faith with truth and courage through our words and example.