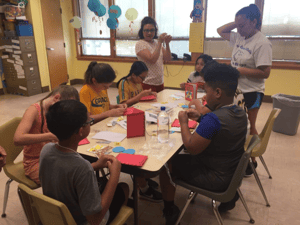 ‘Let us love one another’

Bishop Neumann did a great deal to support his people while working for peace...He was an excellent linguist and had outstanding administrative skills that he put to work in building new parishes including schools as part of his plans for the growth of his diocese.

In the 1830s St. John Neumann left his home in what is now the Czech Republic to become a missionary priest in the still young country of the United States of America. He rode a horse to travel the many miles and visit the many people entrusted to his care in upstate New York. Later he served as a Redemptorist priest in several other states before being called to become the bishop of Philadelphia. It was a tumultuous time with industry growing and many people from Europe making their way there only to be confronted by a great deal of prejudice against Catholics and immigrants. Violence was not unusual. But Bishop Neumann did a great deal to support his people while working for peace. He was an excellent linguist and had outstanding administrative skills that he put to work in building new parishes including schools as part of his plans for the growth of his diocese. He also lived a life of poverty and personal dedication to his people. Bishop Neumann understood the Scripture message we hear today: “Beloved, let us love one another, because love is of God; everyone who loves is begotten by God and knows God” (1 John 4:7).

In 1854, he had the privilege of being among the great number of cardinals, bishops, priests, religious, and lay people at St. Peter’s Basilica when the dogma of the Immaculate Conception of the Blessed Virgin Mary was proclaimed. Six years later, while walking along a street in Philadelphia Bishop Neumann collapsed and died. At his canonization in 1977, Pope Paul VI spoke of St. John Neumann: “He was close to the sick; he was at home with the poor; he was a friend to sinners. And today he is the honor of all immigrants, and from the viewpoint of the Beatitudes the symbol of Christian success.”

Suggested missionary action: Let us ask St. John Neumann to encourage all those who share the Gospel through their actions and words – both missionaries who travel the world and all of us Christians as we go about our daily lives in faith and hope.