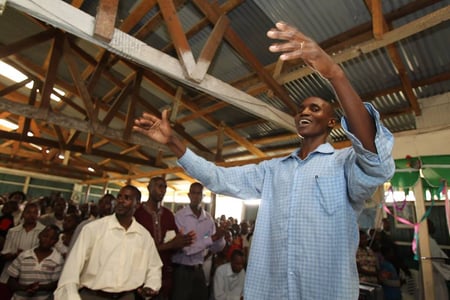 Rejoice for we have a compassionate Father!

We never see the brothers together in this story that Jesus tells. But the resentment that the older one feels for the younger brother at his return suggests a long-standing lack of understanding between them. The older son heatedly declares how loyal he has always been to his father, yet without getting the recognition he believes he richly deserves. He can scarcely contain his fury at his sinful brother – or grasp the happiness of their father. Yet he does not recognize his own sins, his pride, anger, and envy against his brother – and his lack of real respect and grateful love for his father. Still, the father of these two frail and foolish young men treats them both with compassion. He tries to show the older that the return of the younger is actually a matter of life and death. “He said to him, ‘My son, you are here with me always; everything I have is yours. But now we must celebrate and rejoice, because your brother we dead and has come to life again; he was lost and has been found” (Luke 15:31-32).

How easy it is to focus on the faults of others and give ourselves a pass. We probably think that we are doing the best we can and surely God – and everyone around us – must see that. So often we make excuses for our mistakes while not giving the benefit of the doubt to those around us. On this Laetare Sunday let us rejoice in God’s mercy, not just for us, but for other people as well. And, perhaps, most especially for those we do not like or respect, but who are God’s children nonetheless.

Suggested missionary action: Let us make an effort to be grateful for the generosity God shows to every single person. This means not only our loved ones and ourselves, but all His beloved people – particularly the profound gift of salvation.