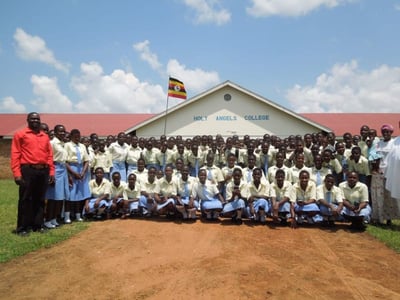 “A voice was heard in Ramah, …Rachel weeping for her children…since they were no more.” (Matthew 2:17)

Change means the unknown and it can make us afraid and angry. But in this profoundly imperfect world of ours, Christ’s call to change is utterly essential.

In only a few days, on the feast of the Epiphany, we will recall the beautiful story of the magi who came from the east to pay homage to the newborn King of the Jews. They had followed a star, but now they thought that the current King Herod would be able to tell them exactly where He was. When they were told that Bethlehem was the expected place to look, they did not realize the terrible chain of events that would unfold. Herod’s arrogance, cruelty, and fear of anything or anyone that would interfere with his domination over others, drove him to seek the death of this Infant whom he immediately viewed as both rival and threat. Warned in a dream not to return to Jerusalem, the magi took another route home. Then the unthinkable happened. “When Herod realized that he had been deceived by the magi, he became furious. He ordered the massacre of all the boys in Bethlehem and its vicinity two years old and under, in accordance with the time he had ascertained from the magi” (Matthew 2:16).

We have no idea how many babies were slaughtered at the Herod’s merciless command. But the suffering and death of these innocent lives still touches our hearts after two thousand years. St. Augustine called them “the first buds of martyrdom.” They were not the last. Jesus, the Son of God and Son of Mary, came among us to change the world. And change is one thing that most people dread, one way or another. Change means the unknown and it can make us afraid and angry. But in this profoundly imperfect world of ours, Christ’s call to change is utterly essential. Only by turning ourselves over to His mercy, forgiveness, and love can we be the people we were meant to be from all eternity. By accepting and sharing His mercy, forgiveness, and love with all our brothers and sisters can we truly be the precious children and beautiful persons our Almighty Father created us to be. Just as the Holy Innocents are.

Suggested missionary action: Let us honor the Holy Innocents by showing reverence for each human life. And let us offer prayers and support for all in the Pope’s mission to protect and preserve life.

Add #justonemore to your gift-giving list this Christmas Season with MISSIO.