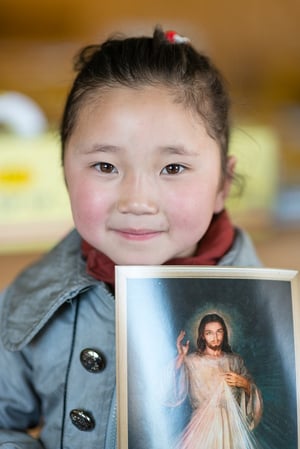 In reading the Gospel according to St. Mark, on this his feast day, we are reminded that Christ made a promise to His followers that He would stay with them – even after the Ascension.

“The Lord Jesus, after He spoke to them, was taken up into heaven.… But they went forth and preached everywhere, while the Lord worked with them and confirmed the word through accompanying signs” (Mark 16:19-20). Mark, who was a companion and friend of St. Peter in particular, must have relied on on our Savior during his missionary travels. Mark also preached along with St. Paul, with whom he had a falling out at one point. However, New Testament writings indicate that they did, in fact, reconcile.

Mark’s Gospel is believed to be the oldest of the four; it is certainly the shortest. The evangelist’s symbol is that of a winged lion. We do not know a great deal about him, although he is sometimes identified as John Mark. He became the founding bishop of Alexandria in Egypt. And it is there that he was probably martyred. During the Middle Ages, his remains were brought to Venice where a major basilica was constructed St. Mark is still honored as the patron of that city.

Suggested missionary action: We can resolve to read a chapter of St. Mark each day. And we can pray to him, asking that he look after the Church’s missionaries around the world.