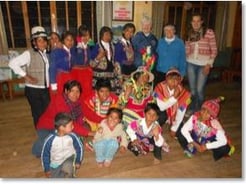 Ss. Simon and Jude... they helped spread the message of Christ to all nations

Let us pray to Ss. Simon and Jude, and to all the Apostles, asking them to intercede for the welfare of all those who do not yet know our Redeemer.

The Apostles who Jesus called to follow Him and know Him more closely than the rest of His disciples did a great deal to preach the message of Christ and salvation in the Mediterranean area and beyond. Today we venerate Ss. Simon and Jude, among the least known of the Twelve. “When day came, He called His disciples to Himself, and from them He chose Twelve, whom He also named Apostles: Simon, whom He named Peter, and his brother Andrew, James, John, Philip, Bartholomew, Matthew, Thomas, James the son of Alphaeus, Simon who was called a Zealot, and Judas the son of James, and Judas Iscariot, who became a traitor” (Luke 6:13-16). We do know that each of these men was especially chosen by our Lord to live with Him. learn from Him and, ultimately to teach others about His way.

While Simon is identified as a Zealot, we do not know if that is a personal attribute about his religious dedication – or if he was a member of an avid Jewish group that tried to drive away the Romans. The man called Judas the Son of James was most likely identified as Jude or Jude Thaddeus to keep him from being confused with Judas Iscariot who betrayed Jesus. It is also thought by many that this could be why he has become known as the patron of impossible causes. The rest of the Apostles, martyrs, and other early saints would have more readily appealed to the faithful as intercessors. So people may have thought that St. Jude would make a special effort to help those who did seek his assistance. Jude may also have been the author of one of the letters in the New Testament. By tradition, Simon and Jude journeyed together to preach about Christ and baptize converts to the faith. And, also according to tradition, they were both martyred in the city of Beirut. For these reasons, they share the same feast day.

Suggested missionary action: Let us pray to Ss. Simon and Jude, and to all the Apostles, asking them to intercede for the welfare of all those who do not yet know our Redeemer. And let us ask them to help each of us share the Good News with all we meet by living our Christian faith.