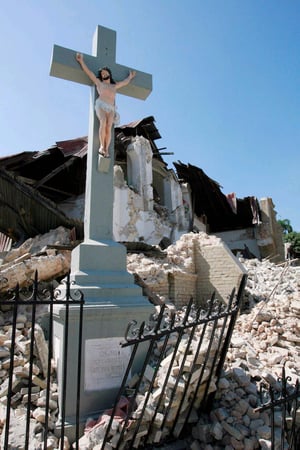 The Romans and other early cultures that practiced crucifixion designed it to be as ugly and ignominious as possible.

This death sentence was also meant to inflict great pain and cause asphyxiation over a long period, as well as to punish criminals and deter crime. And that was the torture Almighty God permitted His Son to suffer for the redemption of the world. “Christ Jesus… emptied Himself, taking the form of a slave, coming in human likeness; and found human in appearance, He humbled Himself, becoming obedient to death, even death on a cross” (Philippines 2:5, 7-8).

It is unsurprising that early Christians loathed the very idea of the cross because it was for them a vicious form of capital punishment that had not only claimed our Lord, but also a number of the faithful including Apostles St. Peter and his brother St. Andrew. It was not until 337 A.D. that Roman Emperor Constantine ended the persecution of Christians and abolished crucifixion. It was Constantine’s mother St. Helena whose efforts led to the discovery of the cross of Jesus. Now, however, we embrace the cross as a symbol of victory and a promise of life everlasting with our Savior. Today would be a good day to meditate on God’s mercy and forgiveness – as well as the many ways we still allow too many of our brothers and sisters who are in trouble or need to suffer unjustly.

Suggested missionary action: Let us make the Stations of the Cross. If possible we should say them in church, but if not, then at home before a crucifix. Or consider those Stations of the Cross by the events and circumstances, the people you encounter during this week in your own life. And let us pray for all our fellow believers in Christ – as well as for those who do not yet know His mercy.