The best way to celebrate Thanksgiving… 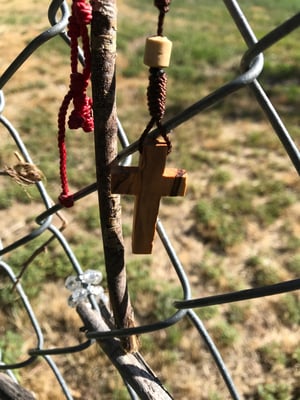 With the holiday season upon us, being a missionary celebrating the holidays away from family and loved ones can be difficult. Missing familiar foods, aromas, and cultural traditions can leave you questioning God’s will for your mission calling. Although poverty certainly exists in many places around the world, not all missionaries leave their homeland to serve the poor. During this Thanksgiving Season, let us remember our roots in the United States, in particular where there is suffering within our Native American communities.

A few years ago, the national gathering of U.S. Diocesan Directors of the Pontifical Mission Societies was held in Santa Fe, New Mexico. As part of our days together, we visited with the Jemez and Zia Pueblos. These Native American people inhabited our country long before European settlers journeyed here for a new life. The painful history of these Native peoples has shrunk the population to a mere two percent. 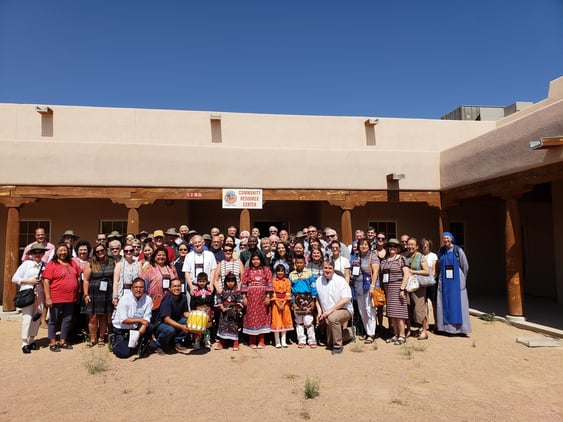 While we were there, we were blessed to celebrate Mass at the oldest Catholic church in the United States, San Miguel Mission, established in 1610, and we visited Santuario de Chimayo. Offering prayers and attending Mass in these spots emphasized for me of the fact that Native American tribes are the true indigenous people of North America, each one having their own customs, languages, and traditions: each tribe, a Nation within a Nation, perhaps feeling as if they are the forgotten people. It made me reflect on the influence Native American people have on one of our nation’s oldest traditions, Thanksgiving. 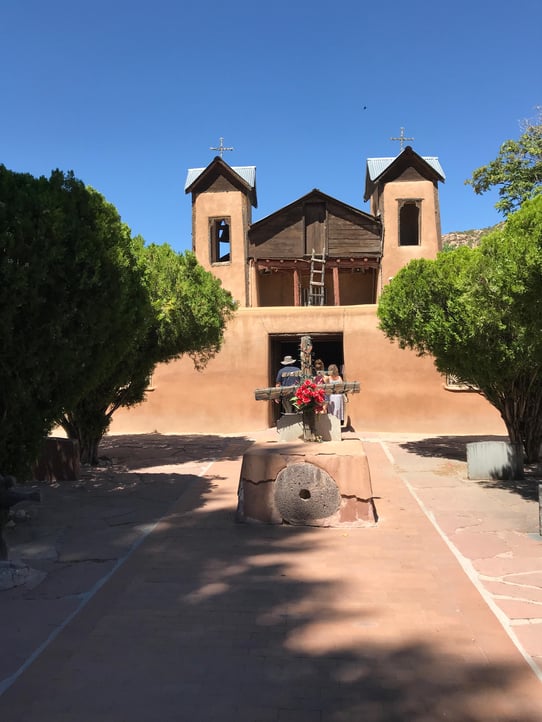 El Santuario de Chimayo (above and below) 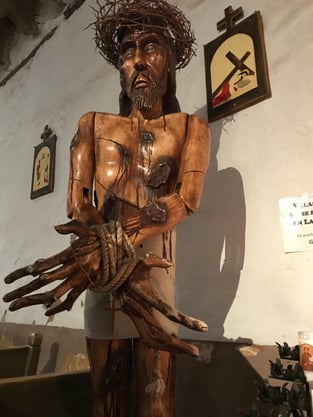 As a nation we have many blessings for which we should be truly thankful. Despite this, many Native American communities struggle with hardships; poverty being a primary challenge. Poverty not only monetarily, but through the loss of traditional culture. The poverty rate among Native American people is double the national average for all people and 1.7 times higher for children. Facing unprecedented challenges with exposure to extreme levels of violence, higher than any other race in the United States, this results in poor school performance, substance abuse and poor physical and mental health, leaving Native American children with post-traumatic stress disorder at the same rates as a veteran returning from Iraq and Afghanistan. For many Native Americans, this leads to suicide, causing them to have the highest suicide rate among all ethnic groups in the United States.

The poverty rate among Native American people is double the national average for all people
and 1.7 times higher for children.

Everything that we have read in our history books is, tragically, still happening to this day. Across the country Native Americans have been ravaged by the Coronavirus. Navajo Nation has one of the highest confirmed cases by population with a death rate higher per capita than any U.S. state. Native Americans have the highest population of hospitalization from COVID-19 of any racial group in the United States. We’ve been told, “wash your hands in soap and water for 20 seconds,” and yet, 30 percent of the Navajo Nation still does not have plumbing. With unemployment rates currently three times higher than the U.S. average, along with staggering health disparities, Navajo Nation has become a toxic brew of poverty.

Native Americans were once the most agriculturally prosperous people in the United States, having a close relationship with nature. Now they are facing dangerously high food insecurity rates. Lack of adequate food among Native Americans is almost twice the national average. Climate change has resulted in some of the sufferings of the Native Americans experience, with one being fires that are sparked by lightning, causing them to be on the frontline of the battle to save their land. And with a 15-year drought, the Pueblo people have seen an exceptional amount of fires. When the rains do come, the parched earth cannot absorb the water fast enough, leading to floods, erosion, and mudslides which destroy their homes.

Visiting the Pueblos those years ago with my mission colleagues, I learned that there were some similarities to what I had experienced in the African missions. Climate change is altering fundamental weather patterns, affecting temperatures, and impacting water availability. The Pueblos live outside of metropolitan areas, in valleys near rivers, fish, and trees, where people can walk to community gatherings or even ride horses. Pueblos call their home land “Mother Earth,” which is their source of survival; they depend on her. Without water, their rivers and streams wilt away. Irrigation systems are on the brink of becoming obsolete and with it, the food sovereignty they cultivated for generations. Sadly, not only is their food at risk, but so are the crops they use for ceremonies.

A traditional cultural practices of the land and waterways are performed by Native Americans to try and save their land and crops. One of the traditional dances the Pueblos do is the “Rain Dance” which is performed to bring rain and growth to the land. When the earth gets dry, it cannot provide food for their children and families. When they need water for their plants to flourish, they dance and play instruments to the “God of growth and rain.” 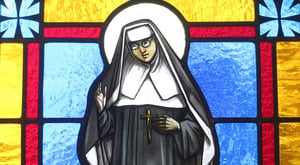 During my time with the Pueblo peoples and with the missionaries who served among them, I found myself praying to a Saint to whom I have a deep devotion, Saint Katharine Drexel – a saint who knew the troubling and poor situation of the Native Americans and African-Americans, a saint who desperately wanted to help them. Through her mission work, she took an avid interest in their material and spiritual well-being. With November designated as “Native American Heritage Month,” let us reflect on the true meaning and tradition of Thanksgiving. For many of us, it is a day to be thankful for our blessings. Mixed with their gratitude for blessings, the Native peoples also sadly recall a history marked by genocide and violence, theft of land, and loss of culture. Thanksgiving can be a day of spiritual connection and remembrance – with prayers offered for Native Americans, the first peoples of our country. Let us not forget where our traditions for this holiday began, as well as those missionaries like Saint Katharine Drexel, who served and continue to serve these indigenous peoples.

Saint Katharine Drexel, pray for us. 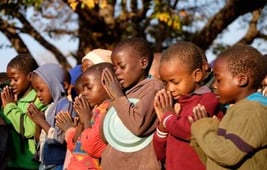 Did you know that there is a connection between the missions and Thanksgiving? We read in Deuteronomy (16:17): "[Everyone] shall give as...able, according to the blessing of the Lord Your God which He has given you." In the spirit of “thanksgiving,” you and the children in your life can help children in the Pope's missions with MISSIO.