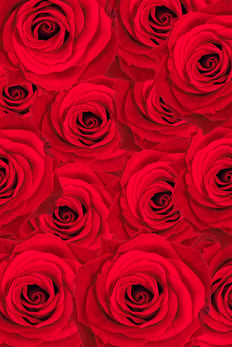 Love is a global phenomenon, and Valentine's Day is celebrated in fascinating and different ways around the world, even in mission countries.

Celebrating Valentine’s Day in Africa was one of the most memorable holidays that I had experienced there. It was the day I met "my valentine," or at least that was the name that I gave to her. Early in the morning on Valentine’s Day, I drove with a few Sisters into the city of Nairobi, Kenya, which was about 45 minutes from the Ongata Rongai slum area where I was staying. Our mission that day was to purchase roses to hand out to the local women.

History has it that every year on St. Valentine’s Day, there is money that miraculously shows up by the Blessed Mother statue in their chapel. Many believe that it was sent from Heaven by St. Valentine, with the intent of purchasing roses for poor women in the slum. I have to admit that I felt it was not from “St. Valentine,” but rather from Father Valentine, who was a priest working at their local chapel.

The women who live in these slums do not get to experience Valentine’s Day in the same fashion that many women in the United States do. They often are unfamiliar with these extravagant expressions of love on this day. In fact, they are often unfamiliar with these extravagant expressions of love on any given day. The extreme poverty that these individuals experience often results in poor hygiene and unsafe living conditions. As a result, the only visitors they typically observe are religious workers or missionaries. Adding in the lack of communication with people from outside of these slums, these women are left with feelings of worthlessness and of not being appreciated.

I found it difficult to choose just one woman to give my rose to that Valentine’s Day. “How could I possibly choose just one?” There were so many women that I had come to know and love throughout my time in this country. To pick just one seemed nearly impossible.

Upon returning to the convent, we were greeted by an elderly women from the slums. We visited her frequently, yet she seemed to always want more time with us. We often found her sitting outside of the convent gates. She rarely talked directly to me, as I was not fluent in their native language of Swahili. Nonetheless, we always managed to communicate.

This woman was short. She appeared to be in her later years of life. She always wore three layers of clothing, which were provided to her by the Sisters. I remember being told that she would never take a layer off because she feared that someone would steal a garment from her. This woman had a very distinct scent. She was ambulating with the assistance of a cane made of a tree branch. Her posture was poor and the upper portion of her body was hunched over. Lastly, I remember noticing that this woman was without teeth, but was never without a smile.

With her rose in hand, we all headed off to the slum for our version of a Valentine’s Day party. As we entered, the women were eagerly waiting for us to arrive. They stood in a circle formation, clapping and rejoicing for another year of blessings from St. Valentine. I watched the women dance around with a rose in one hard and a partner in the other. I grabbed my valentine and began to dance with her. It was in that moment that I can say I experienced an overwhelming feeling of love and gratitude, one that will be remembered on every Valentine’s Day for the rest of my life.

Find someone to give a "rose" to this Valentine's Day in the Pope's missions. It's a loving feeling I feel certain will stay with you as well.

Yours in Christ,
~Holly 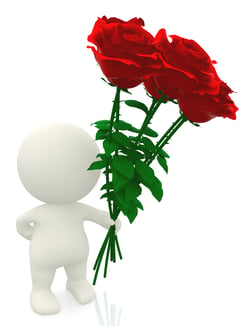 According to one news report, the Society of American Florists estimates that 250 million roses are produced for Valentine's Day. And the cost of a dozen roses on February 14? Just under $100, says one estimate. This Valentine's Day, send some roses ~ or at least the cost of them ~ to the Pope's missions, where those who are sick are provided loving care at 6,500 Catholic hospitals and small clinics, where six million children in Asia receive an education from Religious Sisters in more than 15,000 Church-run elementary schools...and more.