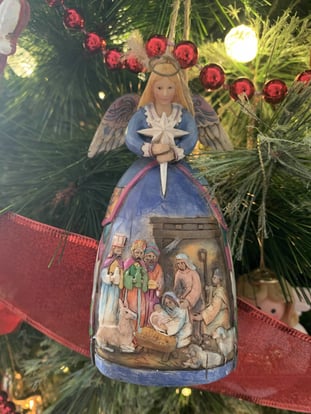 Christmas is within days, and while the hustle and bustle is not quite the norm this year due to COVID-19, many of us are preparing with hopes of a bright, healthy New Year. During a recent trip to the grocery store I could hear the joyful holiday music playing. One holiday song in particular houses lyrics that I hold dear to my heart. The lyrics to this song bring back the memories of my first mission journey to Africa, which took place during the holiday season. Sung by the group Band Aid, “Do they know it’s Christmas?” was performed in 1984 as a fundraiser to support relief for the 1983-1985 Ethiopian famine.

The lyrics are as follows:

As I continued on in the grocery store that day, listening to this song, I began thinking of just how blessed I am to be able to fill my grocery cart with enough food and drink for my entire family. I couldn’t help but to tear up while thinking, missing, and wondering about all those people that I had encountered on my trips, who are still suffering in Africa.

After my first mission trip, I returned home and one of the first things that I noticed in those around me was a “stressed” mannerism. This observation made me question if people here were just not happy? I thought to myself, “How could this be? We have so much to be grateful for! Do we take for granted all that God has blessed us with?” I found the overall demeanor alarming.

It has been many years since returning from my first mission journey, and for the first time since this trip I feel as if there is now understandable reason for this behavior. During the height of the COVID-19 pandemic, our grocery store shelves were bare, and many people were experiencing job loss. This left concerns such as, “Will there be enough food for my family?” or even “Will I be able to afford enough food for my family?” These fears, for many of us, were new and rather scary! And we’ve seen the food lines on the news around the country, further confirming these fears. 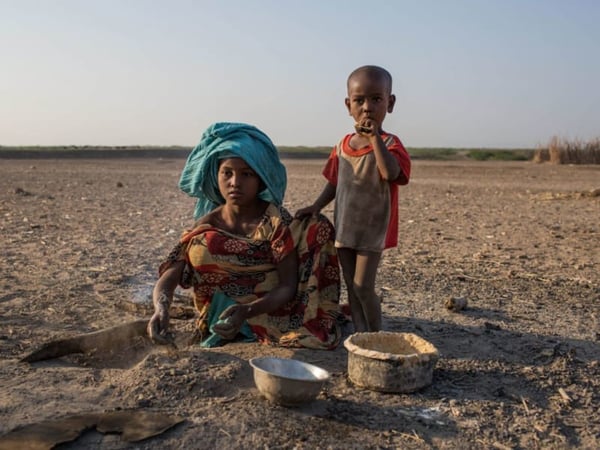 In one region of Ethiopia, more than 1,000 mostly expectant mothers, babies and young children have been displaced, in danger of starvation.

Let’s not forget that the COVID-19 virus is a global pandemic. Global meaning that this virus is also hitting these people in Africa, who know this kind of fear all too well. Currently, famines are overtaking these African countries. Millions of Africans are experiencing alarming hunger, food insecurity, and malnutrition, even more severe than their normal struggle... in Ethiopia, in South Sudan, in so many places. 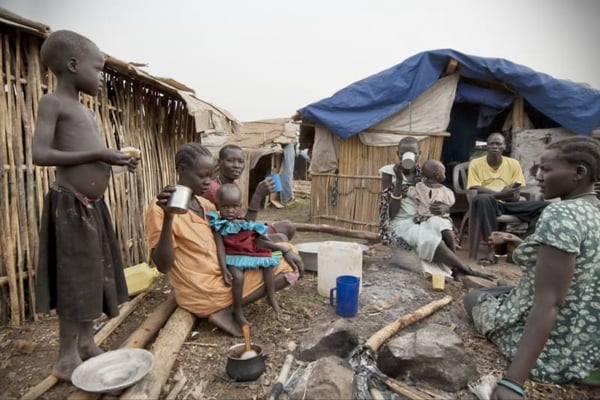 South Sudan is hard hit with famine. Conflict and unrest have added to the crisis. Families are seeking shelter, food and care in Catholic hospitals and various health centers.

This year, even though we may feel that much weighs us down, perhaps we can take a look outside our own window and remember that there will be an end to this pandemic, and life will return to normal. For many of us, this will be the return to safety and security. For many others, such as the children and families I met in Africa, their normal is still struggle and fear. While we cannot celebrate with our friends and family as we normally would this holiday season, let us focus our attention on the blessings that we still have surrounding us daily. And in the hope of Christmas, maybe "throw your arms around the world" in prayer and solidarity with children and families half a world away to “let them know it’s Christmas time again”!

Merry Christmas and blessings and peace in the New Year!

How many gifts should a child receive at Christmas? One article, written a couple of years ago, noted that some say three ~ the amount the Infant Jesus received from the Three Kings. For a child in the Pope's missions, #JustOneMore gift could make a world of difference.