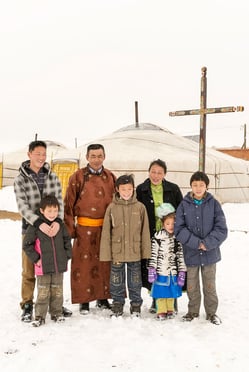 ‘This is My beloved Son. Listen to Him’: Christ in His divinity

Today we celebrate an important event in Jesus’ life that is recorded in the three synoptic Gospels: His Transfiguration.

Christ brought His three closest disciples, Peter, John and James, to the top of a mountain, generally believed to be Mt. Tabor in Galilee. There, they saw our Lord transfigured with brilliant light while Moses and Elijah, representing the law and the prophets, also appeared. The Apostles were so overwhelmed and afraid that Peter even foolishly suggested that they make tents for Jesus and the two honored figures from Jewish history. Peter and the others clearly could not really grasp what was happening. “Then a cloud came, casting a shadow over them; from the cloud came a voice, ‘This is My beloved Son. Listen to Him.’ Suddenly, looking around, they no longer saw anyone but Jesus alone with them” (Mark 9:7-8).

The words of the Father let the Apostles – and us – know the truth. Jesus is far more than Moses and Elijah, or any other people, however faithful they may be. This is the actual Son of God. This is the one we are called to hear, to follow, to love. This is our Savior who will one day call us to glory, too. When the miracle was over, Jesus told His followers to keep it to themselves until He, the Son of Man, had risen from the dead. But they did not know what He meant, even though they had witnessed Jesus raising up three people after they had died. However, Peter, John and James could not know what lay ahead for Christ, for themselves – or for the whole world.