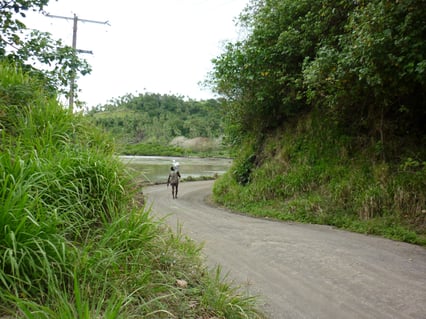 On the road to Emmaus, Jesus opened the Scriptures to the truth of His life and love

In time, they, like Christ’s other followers, and like us today, would understand that He is indeed our Savior.

Today, we hear Luke’s rich and memorable story about two of Christ’s disciples who meet Him while walking on the road from Jerusalem to Emmaus. It is Easter Sunday, three days after His Crucifixion, the day of His Resurrection from the dead. But they do not recognize Him. Like others who encountered Jesus in those first hours and days after He rose from the tomb, they were at first unable to grasp exactly who they had met. Our Lord asked the two what they were talking about. They were still upset about the execution of Jesus. They made it clear that they believed that He was a prophet. More than that, they hoped He was the Messiah, the one sent by God to save Israel. They had also heard about the women who went to the sepulcher that morning. The two said that others also went there and agreed with the women’s story of the empty tomb. But where was He? Jesus’ companions told Him that no one had seen Him. They did not yet have the faith to understand all that Jesus had told them and who He truly was. “He said to them, ‘Oh, how foolish you are! How slow of heart to believe all that the prophets spoke! Was it not necessary that the Christ should suffer these things and enter into His glory?’ Then beginning with Moses and all the prophets, he interpreted to them what referred to Him in all the Scriptures” (Luke 24:25-27).

Everything Jesus said must have overwhelmed them, and they invited Him to stay with them in Emmaus. And it was only when He blessed and broke the bread at their meal that the two finally saw who their guest was. Only then could they accept the reality that Jesus who had died now lived. In time, they, like Christ’s other followers, and like us today, would understand that He is indeed our Savior. He had not come to redeem Israel with human power and might, in the way so many people had expected. Instead Christ had sacrificed Himself on the cross and, in rising up again, He took the rest of the world with Him, offering life everlasting to all.