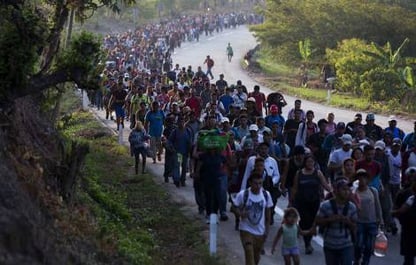 As the Gospel reading opens today, Jesus learns that John the Baptist has been arrested, effectively ending his mission of preparing the way for Christ.

Now Jesus wholeheartedly begins His own public ministry by moving to Capernaum and quickly gathering His first disciples, all fishermen – Peter and Andrew followed by John and James. “Walking by the Sea of Galilee, He saw two brothers…casting a net into the sea.… He said to them, ‘Come after Me, and I will make you fishers of men.’… He went around all of Galilee, teaching in their synagogues, proclaiming the gospel of the kingdom, and curing every disease and illness among the people” (Matthew 4:18-19, 23). Those first four Apostles and the others who followed did, indeed, learn to fish for the souls of people as our Lord embraced the task for which He came among us.

As Jesus began His life as an itinerant preacher, He attracted many to His powerful message that the Kingdom of Heaven was at hand. At the same time, Christ revealed His divine power by healing the sick. His mission of mercy and salvation appealed to a number of the men and women who heard Him. While Jesus primarily addressed His fellow Jews, a number of Gentiles also came to appreciate His words of hope and forgiveness. In time, many people accepted Jesus as the long-awaited Messiah who is also the Savior of the whole world. If we truly believe this, too, we must live out our belief in Christ each day.