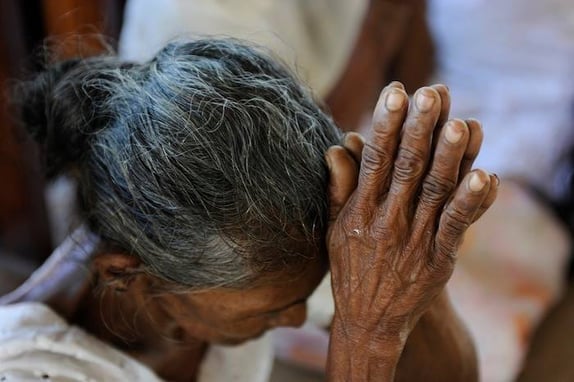 Devoted to those in need, body and soul

Today we celebrate the saint known as the Apostle of Charity, St. Vincent de Paul.

He was born in to a poor farm family in France and often worked as a field hand and shepherd. But when his parents recognized his talents and intelligence, they managed to provide for his education, with the hope that he would become a priest. Vincent was ordained in 1600. However, at first he was more interested in a comfortable assignment than in any special ministry. But after hearing the deathbed confession of a poor servant, he realized the great spiritual as well as material hardships of so many people in the countryside and resolved to care for them. His life changed from that time and Vincent became completely focused on serving our Savior by serving those in greatest need. Like Peter in today’s Gospel reading, Vincent clearly knew that Jesus was both his Lord and his life. “Then He said to them, ‘But who do you say that I am?’ Peter said in reply, ‘The Christ of God’” (Luke 9:20-21).

With the support of a wealthy noblewoman, he formed the Ladies of Charity to assist the poor in a number of parishes. He went on to create an order of priests, the Congregation of the Mission, and, with St. Louise de Marillac, an order of nuns, the Daughters of Charity. Vincent extended his work to the cities, providing food and medical care for the poor, as well as education and shelter for abandoned children. He also assisted in the ransom of slaves and aided the victims of war. He became greatly respected by the rich and powerful, but his aim was always to relieve the burdens of God’s neediest people. St. Vincent de Paul said, “We should strive to keep our hearts open to the sufferings and wretchedness of other people, and pray continually that God may grant us that spirit of compassion which is truly the spirit of God.”

He died in 1660 and is now the patron of charitable societies.