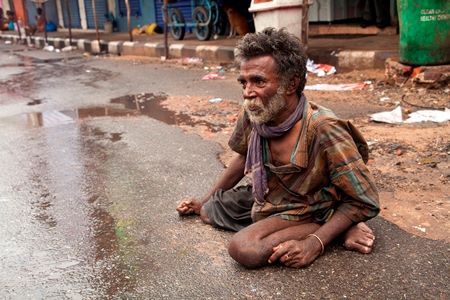 St. Teresa of Avila was born in 16th century Spain at the start of the Protestant Reformation.

After entering a Carmelite Convent, she spent a number of years leading a rather average religious life; she also had problems praying. It was not until she was in her forties that she accepted the grace that would transform her life and greatly influence the Church. Teresa had many mystical experiences and she wrote about them and her spiritual way of life in books that eventually spread around Europe and the rest of the world. Yet she was also a practical woman and realized that her order had become too worldly and she set out to transform or found convents that would return to the original basics of prayer, humility, and austerity. Against immense opposition she succeeded in her efforts and many women joined the Carmelite convents she established, just as men entered reformed Carmelite monasteries.

The Gospel for today reminds us that all who follow Jesus must repent their sins and embrace His message of mercy and salvation. St. Teresa did just that by making our Lord the center of her life. “Just as Jonah became a sign to the Ninevites, so will the Son of Man be to this generation.… At the judgment the men of Ninevah will arise with this generation and condemn it, because at the preaching of Jonah they repented, and there is something greater than Jonah here” (Luke 11:30, 32). In one of Teresa’s poems she wrote, “Myself surrendered and given, The exchange is this: My Beloved is for me, And I am for my Beloved.” She died in 1582. Along with St. Catherine of Siena, St. Teresa was declared a Doctor of the Church in 1970, the first women to be so honored.

October is Mission Month.
Be a voice for mission with MISSIO.
Access resources for your parish and/or school.