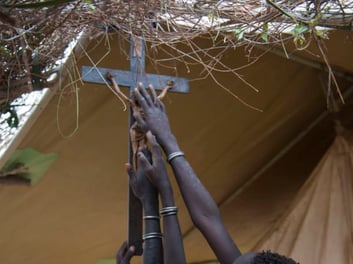 Today we celebrate the 26 Martyrs of Japan. While Christianity had been introduced in that country earlier in the 16th century, less than 50 years later political leaders worried about the increasing influence of outsiders.

Persecutions of Western missionaries and Japanese Christians were begun. Native-born Jesuit priest Paul Miki, a preacher who had a great deal of success in converting people to the Church, was the best known of a group of priests, brothers and laypeople who were arrested.  They were forced to march hundreds of miles to Nagasaki where they were bound to crosses and killed by a lance. As he hung from the cross like his beloved Lord, St. Paul Miki gave his final sermon. He said, “Ask Christ to help you become happy. I obey Christ. After Christ’s example I forgive my persecutors. I do not hate them. I ask God to have pity on all, and I hope my blood will fall on my fellow men as a fruitful rain.” He and his fellow martyrs died in 1597 and were canonized in 1862.

In the Old Testament reading for this feast, we hear, “When the time of David’s death drew near, he gave these instructions to his son Solomon: ‘I am going the way of all flesh. Take courage and be a man. Keep the mandate of the Lord, your God, following His ways and observing His statutes’” (1 Kings 2:1-3). Following God’s commands is vital for the true well-being of all His children. As Christians, we, like the Martyrs of Japan, must be ready to walk in the way of our Savior wherever it may lead us and whatever the price. We need to take courage and joyfully serve the Son of God and His people in faith, hope and love.