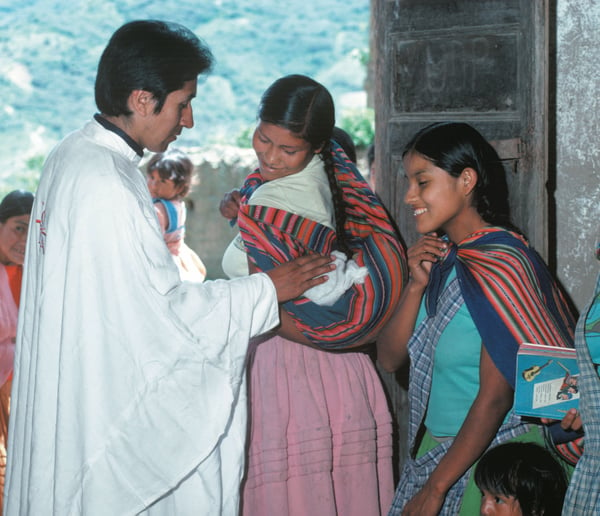 Today we honor the patron of priests, St. John Vianney. He was born to a French peasant family in 1786. As a child...

As a child, he witnessed the heroic work of priests and religious forced to serve the Catholic community in secret under the anticlerical constraints of the French Revolution. While John longed to be a priest, he had a hard time with his studies, especially Latin. After he was finally ordained, he was sent to the small town of Ars where he witnessed great religious apathy. Through his teaching, preaching and personal example, the man who came to be known far and wide as the Cure’ of Ars, reignited the faith of his parish. “Reform your ways and your deeds; listen to the voice of the Lord your God… For in truth it was the Lord who sent me to you, to speak all these things for you to hear” (Jeremiah 26:13, 15).

Through the Sacrament of Penance in particular, St. John Vianney brought thousands of people, who often traveled great distances, closer to their Lord and the Church. He offered a remarkable model of humility, patience and self-sacrifice in living out his priestly vocation. St. John Vianney, who was determined to bring Christ to every person he met, died at the age of 73.