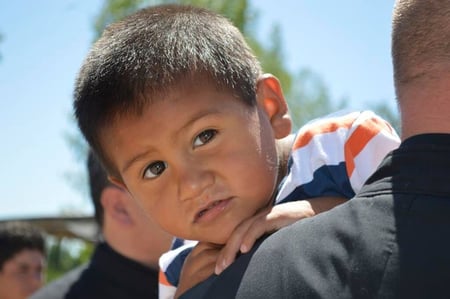 Like his dear Lord, St. John taught the importance of love to others

On this feast of St. John, we honor the man known as the disciple whom Jesus loved.

John and his brother James were fishermen and among the first called by our Lord to follow Him. Over the course of Jesus’ public ministry, these two brothers and St. Peter became the Apostles closest to Him, despite the fact that they were capable of inappropriate and foolish behavior. They were the only ones present on several important occasions, including the Transfiguration of Christ and His agony in the Garden of Gethsemane. St. John was the Apostle who sat next to Jesus at the Last Supper. He then stood with the Blessed Virgin Mary when our Lord was crucified the next day and received from Him the precious task of looking after His mother. John also played a part in the story of the Resurrection. “Mary Magdalene ran and went to Simon Peter and to the other disciple who Jesus loved, and told them ‘They have taken the Lord from the tomb’… They both ran, but the other disciple ran faster than Peter and arrived at the tomb first” (John 20:1-2, 4).

St. John went on to preach the Good News, especially in Asia Minor. By tradition, he is credited with writing one of the Gospels, the Book of Revelation and three letters in the New Testament. He frequently focused on the importance of loving God and His people in leading Christian lives. It is believed by many that John was the only one of the Apostles to die a natural death at an old age.