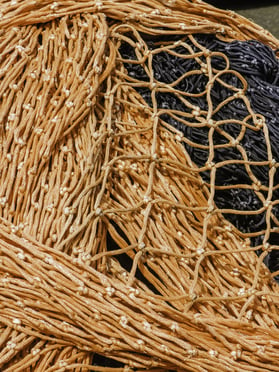 Today we honor St. Andrew who is honored in the Eastern Church as the Protoclete, or first-called among the Apostles.

He had been a follower of St. John the Baptist before he met Christ. “As Jesus was walking by the Sea of Galilee, He saw two brothers, Simon who is called Peter, and his brother Andrew, casting a net into the sea; they were fishermen. He said to them, ‘Come after Me and I will make you fishers of men’” (Matthew 4:18-19). While Andrew was mentioned only a few times in the New Testament, he is thought to have preached in Greece and even as far as Russia. It is believed that he was crucified in Patras on an X-shaped cross.

St. Andrew was willing to give up the life he had known to be a disciple of Jesus. He set aside his family, home, livelihood, everything he had known, to follow an itinerant rabbi who offered him far more – although Andrew could not have really understood that at the time. Like the other Apostles, he was an imperfect man – a work in progress. But he, like the others, was chosen by the Son of God to change the world by spreading the message of salvation. It cost St. Andrew his life yet gained him, and so many of those who listened to him, Heaven. We, too, must be willing to be fishers of men in whatever way our Lord asks of us.