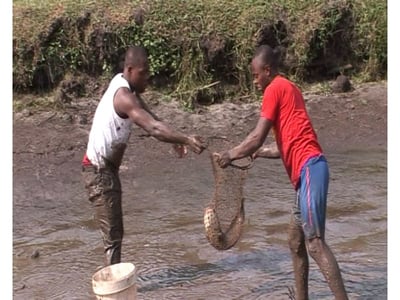 SS. Philip and James followed Jesus and then led others to Him...

Today we celebrate the lives of two of the Twelve: St. Philip and St. James. Philip, a fisherman and native of Bethsaida like Peter and Andrew, is mentioned in the Gospels a few times.

After Jesus calls him, Philip is so impressed that he tells Nathanael to come and meet our Lord. He also figured in the miracle of the loaves and fishes when Christ asked him where they could buy food to feed the crowd. James is sometimes called the Lesser or the Younger to distinguish him from James the brother of John. His mother was a friend of the Blessed Virgin Mary and stood with her at the cross of Jesus. St. Paul refers to James as one who saw the Risen Lord. “After that, He appeared to more than five hundred brothers and sisters at once, most of whom are still living, though some have fallen asleep. After that He appeared to James, then to all the Apostles” (1 Corinthians 15:6-7).

Although we know virtually nothing about their later lives, we know what is truly important. They gave their lives completely to God and His people. Philip and James, after following Jesus during His ministry, served Him after His Ascension by preaching His message of mercy, hope and salvation. They are believed to have been martyred and buried in Rome where a church was later built in their memory. It is now called the Church of the Twelve Holy Apostles.