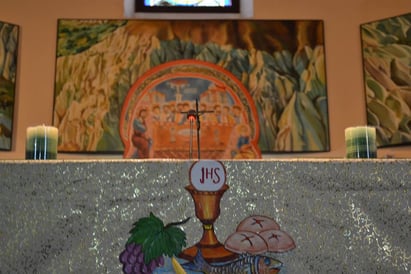 The Korean people claimed the Church of Christ for themselves

While some Koreans were baptized around the late 1500s after contact with Christian Japanese soldiers, it was not until religious literature from Jesuits working in China arrived in Korea that the Church began to spread.

By 1800, there were about 10,000 Catholics – achieved with virtually no contact with priests. The Korean people truly grew their faith in Christ on their own, with God's grace. St. Andrew Kim Tae-gon was the first Korean priest. The son of Catholic parents, he went to China to study for Holy Orders. He was ordained in Shanghai in 1844 and returned to his homeland to spread the faith. Unfortunately, Christians were persecuted for much of the 19th century. Father Andrew was arrested, tortured and finally beheaded just a couple of years later at age 25. Before that, in 1839, both Paul Chong Ha-sang, a married man and catechist who worked to bring in foreign missionaries, and Father Andrew’s own father, had already been martyred. Between that year and 1867, there were 103 Korean Catholics who died for their belief in Jesus Christ. This included a few priests, but more than 90 of the men, women and children who died were lay people.

The words of St. Paul, the first great missionary, could have been spoken by those who carried the message of salvation throughout Korea so many centuries later. “I am reminding you, brothers and sisters, of the Gospel I preached to you, which you indeed received and in which you also stand. Through it you are also being saved, if you hold fast to the word I preached to you” (1 Corinthians 15:1-2). The Korean Martyrs were canonized in 1984 by Pope St. John Paul II when he visited there.