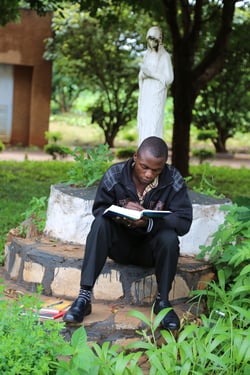 A singular man, John was called to serve the Lord and proclaim the coming of Christ

Only a couple of months ago we celebrated the birth of St. John the Baptist.

We know that the friends and neighbors of his parents were surprised at the choice of his name. But his father, who had become mute because he doubted the angel, insisted on John because that was what God wanted. The boy would grow up to prepare the way for His own Son. Townspeople could not understand, of course, and so were puzzled and afraid, wondering what this meant for the child. As time went on, they found out. John was a brave man singularly dedicated to serving God and proclaiming baptism for the forgiveness of sin. He also rejected the idea that he was the Messiah, rather he insisted that he must decrease – and the true Savior must increase. John humbly tried to stop Jesus when He asked for baptism, but both of them needed to do the will of the Father. So John lived an extraordinary life, cut off in many ways from the usual family and community expectations. Instead, he asked his fellow Jews to repent and ready themselves for Christ.

John also fearlessly decried wickedness, denouncing the scandal of the marriage between Herod Antipas and Herodias. “Herod was the one who had John the Baptist arrested and bound in prison on account of Herodias.… John had said to Herod, ‘It is not lawful for you to have your brother’s wife.’… Herod feared John, knowing him to be a righteous and holy man, and kept him in custody” (Mark 6:17-18, 20). John never left prison. Herod finally gave in to the malicious scheme of his wife and her daughter and his own weakness. He had St. John the Baptist beheaded. So today, as we honor his passion and death, let us resolve to think of John’s fidelity when doing God’s will is difficult.