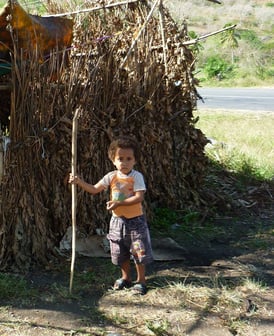 St. John the Baptist grew and became strong in readiness for his mission to prepare people for their Savior

The life of St. John the Baptist, who would proclaim the coming of the Messiah, paralleled that of Jesus in many ways.

Angels brought announcements of the birth of each one. But, unlike the Blessed Virgin Mary, John’s father Zechariah expressed some doubt about the possibility of this event because he and his wife Elizabeth were of advanced years. So he became mute. When the boy was born, relatives and friends protested with Elizabeth about the choice of his name. “(Zechariah) asked for a tablet and wrote, ‘John is his name,’ and all were amazed. Immediately his mouth was opened, his tongue freed, and he spoke blessing God. Then fear came upon all their neighbors.…All who heard these things took them to heart, saying, ‘What, then, will this child be?’”  (Luke 1:63-66). The people could not know that the baby was born free of sin and destined to bridge the Old and New Testament.

Like Jesus, John spent his life obeying the Father’s will. John spent years in the desert, denying himself, praying, and preparing for the public ministry to which he had been called. John preached repentance to all who would listen to him, so that people would be ready for the coming of Christ. As John made clear, it would not be him but our Lord who would bring redemption to the entire world. And, like Jesus, John would be killed by authorities who were complicit with evil, and more concerned with their own power and prestige than with truth and justice.