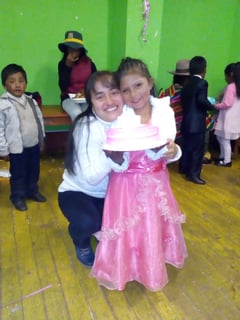 St. Elizabeth Seton had a great devotion to the Eucharist and a deep humility in living her faith in Christ.

Today we salute the first American-born person to be canonized: St. Elizabeth Ann Seton. Born to the wealthy Bayley family in New York City in 1774, her father was a prominent doctor. They were members of the Church of England or Episcopal Church after the American Revolution. She lived her Christian faith from an early age, following the example of her father and stepmother in caring for the sick and needy. Marrying a well-to-do businessman at age 19, Elizabeth and her husband William Seton had five children. But when his business and health failed, they sailed to Italy hoping the milder climate would cure the tuberculosis from which he suffered. Instead, William soon died. Elizabeth found help and kindness from his Italian business partners who introduced her to the Catholic Church. She was received into the faith on her return to New York. Needing to earn a living, Elizabeth started a school, but due to the prejudices of the time, the parents withdrew their children when they learned she was a Catholic. A visiting priest from Baltimore encouraged her to set up a school in Maryland.

She did so while still caring for her family. Soon, other women joined her in founding the Sisters of Charity of St. Joseph, the first congregation for women begun in the United State. They established schools and homes for orphaned children, and engaged in various charitable activities in a number of states. St. Elizabeth Seton had a great devotion to the Eucharist and a deep humility in living her faith in Christ. In the Gospel today we hear, “Jesus began to preach and say, ‘Repent, for the Kingdom of heaven is at hand.’... He went around all of Galilee, teaching in their synagogues, proclaiming the Gospel of the Kingdom, and curing every disease and illness among the people” (Matthew 4:17, 23). St. Elizabeth Seton surely followed Christ’s footsteps in serving those in need, both spiritually and materially. She died in 1821 and was declared a saint in 1975. This remarkable woman is not only a patron of Catholic schools, but also of widows and seafarers.