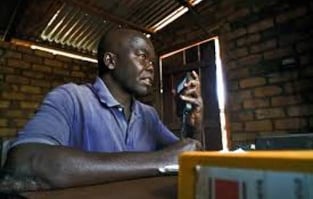 On this Feast of the Presentation, we recognize the unshakeable fidelity of the Holy Family to the will of Almighty God

In time, Jesus would share His message of mercy, but it would be rejected by a great number of people...

In the Gospel reading for this feast of the Presentation of the Lord we hear how Joseph and Mary, both devout Jews, fulfilled the requirements of the Law of Moses. They brought the baby Jesus to the temple where a sacrifice was made. While they were there they met a man named Simeon whose deep dedication to God was great.  He had even been given a promise by the Holy Spirit that he would not die before he had seen the Messiah. On seeing the Holy Family, Simeon realized that the Infant he took into his arms was indeed the one that he and generations of the Jewish people had awaited. After praying the beautiful canticle that we still say, especially at the end of the day, he made a remarkable announcement. “Simeon blessed them and said to Mary His mother, ‘Behold, this Child is destined for the fall and rise of many in Israel, and to be a sign that will be contradicted and you yourself a sword will pierce so that the thoughts of many hearts may be revealed’” (Luke 2:34-35).

The Christ and Savior of the world would experience suffering – an anguish that His mother, too, would share. In time, Jesus would share His message of mercy, but it would be rejected by a great number of people. And those who did believe in Him would often imitate Christ in suffering for their faith. Certainly the Blessed Virgin Mary became the Mother of Sorrows as she watched His meet His death. But on this day, as she and Joseph took the Holy Child home, she did exactly what she would always do. She would embrace God’s will and entrust herself to His grace. Neither the Son of God nor His mother would live without pain, but they would always loyally obey divine plan of our merciful Father – for the salvation of His precious children of every generation and every land.