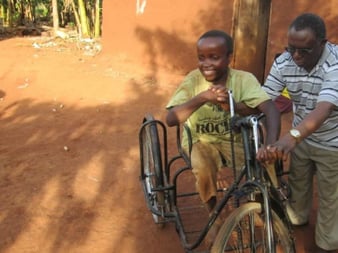 God saved him one day on a long, dusty road

St. Paul would spend the rest of his life spreading Jesus’ message of salvation with people around the Mediterranean Sea. He preached to his fellow Jews, but had...

Saul of Tarsus undoubtedly saw himself as a faithful Jew. He was an intelligent and well-educated Pharisee and dedicated to upholding the law of his people. He did not know Jesus during the years of His public ministry. But some time after the crucifixion and resurrection of Christ, Saul became a zealous opponent of His followers, even persecuting them and having them arrested for what he considered their crimes. He was present at the stoning of St. Stephen, the first Christian martyr. The high priest especially chose Saul to go to Damascus and have more of these early members of the Church arrested and brought back to Jerusalem. But it was on that trip that his life would be turned upside down. He saw a great light and fell down as he heard the voice of Jesus. And our Lord tells Saul, who has been blinded by the light, that he in persecuting Him – not His disciples, but Him. Jesus sends this man whom we have come to know as Paul on to Damascus as he begins his transformation into one of Christ’s most dedicated followers and the greatest missionary the world has known.

St. Paul would spend the rest of his life spreading Jesus’ message of salvation with people around the Mediterranean Sea. He preached to his fellow Jews, but had a special interest and ability for converting Gentiles. Although Paul was not with the other Apostles when Christ came to them after He had risen from the dead, he certainly fulfilled His command. “Jesus appeared to the Eleven and said to them: ‘Go into the whole world and proclaim the Gospel to every creature. Whoever believes and is baptized will be saved” (Mark 16:15-16). In addition to sharing the Good News personally, Paul wrote a number of the letters that are a vital part of the New Testament, making a mark on the Church that still exists today. Today’s feast is an unusual one, for it concentrates on the conversion of Saul the Christian oppressor into Paul the Christian missionary who loved and served our Savior for the rest of his life. It was a life that ultimately ended in his execution on behalf of his faith in the Son of God who saved him one day on a long, dusty road.