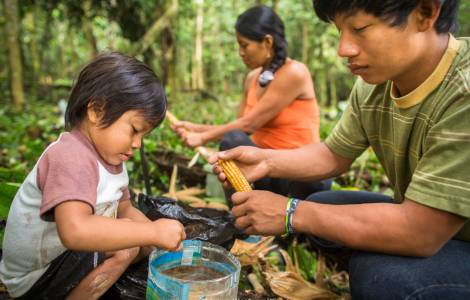 From persecutor to servant of the Lord

“I am Jesus the Nazorean whom you are persecuting” (Acts 22:8). With these words, the life of Saul of Tarsus changed forever.

More than that, they changed the world because a devout, zealous Pharisee became a loyal, passionate follower of Jesus. On this feast we remember the day that St. Paul traveled on the road to Damascus as he pursued early Christians to have them arrested and punished – and was converted. In the Acts of the Apostles we hear him recount what happened next. “My companions saw the light but did not hear the voice of the one who spoke to me. I asked, ‘What shall I do, sir?’ The Lord answered me, ‘Get up and go into Damascus, and there you will be told everything appointed for you to do’” (Acts 22:9-10). The light blinded Paul but, after being healed and baptized, he soon began to preach the message of Christ.

This miraculous conversion was the beginning of St. Paul’s mission to share the Good News throughout the Mediterranean Sea, particularly to Gentiles. While the original Apostles and other disciples of our Lord converted many people, it was Paul, the former persecutor who became the great missionary of the early Church. He was a man of tremendous faith, enthusiasm and intellect, God-given talents that allowed the Holy Spirit to spread the message of salvation far and wide. We, too, can use our Creator’s gifts in His service and for the welfare of His people.