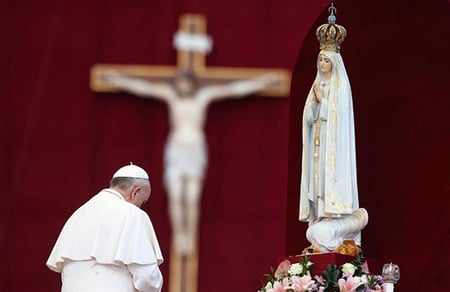 The Keys of the Kingdom...

Today we honor the authority of the Church as represented by the Chair of St. Peter.

While we respect Peter as an Apostle and martyr, on this feast we look at the teaching power that Christ gave him and his successors as head of the Church on earth. The scene in the Gospel today recounts the occasion when Jesus asked His disciples who people thought He really was. They answered Jesus that some said John the Baptist; others said one of the ancient prophets. Then our Lord wanted to know what they thought. “He said to them, ‘But who do you say that I am?’ Simon Peter said in reply, ‘You are the Christ, the Son of the living God.’ Jesus said to him in reply, ‘Blessed are you, Simon son of Jonah. For flesh and blood has not revealed this to you, but My heavenly Father.’” (Matthew 16:15-17)

First, we hear Peter say that Jesus is the Messiah, but he doesn’t stop there. He goes on to acknowledge Jesus as the “Son of the living God” and because he does, our Lord knows that Peter has been divinely inspired with the truth. Christ gave him the keys to the Kingdom of heaven. It is Peter who will lead the Church after Jesus dies, rises again and then returns to His Father. Because of his unique position, we hear a great deal about Peter in the New Testament and know just how imperfect he could be. Yet, he was the one chosen by Christ to be His representative and lead His people. Peter was truly the rock of the Church and every pope since – whatever their human flaws – has had that same authority. Let us resolve to pray for the pope everyday.