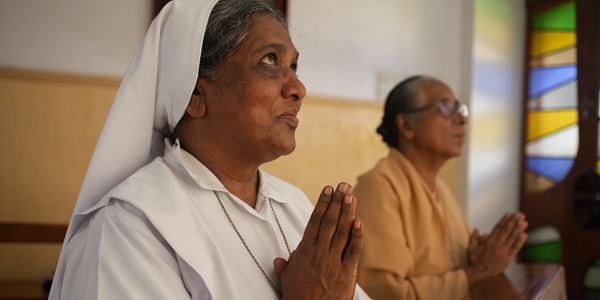 Looking forward to eternal life in His precious company...

Both the Old Testament and the Gospel readings deal with the idea of eternal life.

In Maccabees we meet a woman and her seven sons who are arrested and tortured for refusing to break the Jewish law and eat pork. Before his death, one of the brothers says he prefers to die in the hope that God will raise him up but that those who kill him would not know the resurrection. In Luke we see Jesus confronted by Sadducees who did not believe in life after death. They tell Him a ridiculous hypothetical story, also about seven brothers. In this case one after another marries a woman and then dies without the woman bearing a child. These Sadducees ask whose wife she would be if there were a resurrection. Christ lets them know that heaven is not the same as earth and none of them will be married. He reminds them of a story that the Sadducees should believe because it is part of the written law that they usually accept. “That the dead will rise even Moses made known in the passage about the bush, when he called out ‘Lord,’ the God of Abraham, the God of Isaac, and the God of Jacob; and He is not the God of the dead, but of the living, for to Him all are alive” (Luke 20:37-38).

Christ wants those listening to Him to understand that God’s children are meant to experience life everlasting. Ultimately, this is true because our Lord will suffer and give up His own life so that we might live. The Son of God saves us and offers us hope for eternity with Him. It is for each of us to accept this gift or not.