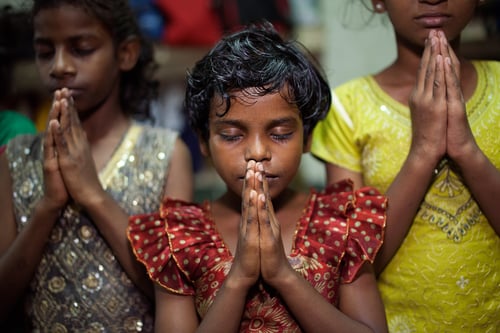 Jesus is rejected by the people who know Him longest,
but did not know Him best

The Gospel for today reveals Jesus preaching at the synagogue in Nazareth.

Just prior to this He had raised a little girl from the dead because of the belief and pleading of her father. But now Christ is back among people who have watched him grow up, who have known His family and have seen Him learn carpentry from Joseph. Some of them may even have been at the wedding in the nearby town of Cana when Jesus turned water into wine. Now He tries to teach them just as He has so many others who willingly hear His message of hope, salvation and the Kingdom of God. “They said, ‘Where did this man get all this? What kind of wisdom has been given Him? What mighty deeds are wrought by His hands! Is He not the carpenter, the Son of Mary?’… And they took offense at Him” (Mark 6:2-3)

His neighbors cannot figure out what to make of Him anymore. Instead of embracing Jesus as one of their own they are stunned and outraged. These men and women do not know Him at all. The trouble is that they think they do. They try to fit Jesus into the mold of the town carpenter, Son of Mary and Joseph – nothing more and nothing less. Because He is so disappointed, He chose not to stay with them and moved on to other places. There, people had no expectations and welcomed Him for what He was: a teacher of God’s truth as well as a man of goodness, compassion and power – in fact, the Messiah. We need to ask ourselves how we really see Christ, how He is part of our life. Then we can ask ourselves what He sees when He looks at us.