'Life must be lived as play'

Without a doubt, summer is the most anticipated season of the year. And whether or not it’s your favorite ~ one Gallup poll puts summer in third place as a favorite season for Americans, behind spring and fall ~ there are endless things that we love about it. Longer days, swimming at pools, going to the beach feeling sand in between your toes, barbecues, catching lightning bugs at night time, plus campfires and endless smores. Many families here in the United States take vacations during the summer months. It’s a time to reconnect with each other, a time to relax and enjoy, breaking the monotonous routine of our daily lives. Many of us like to play games. 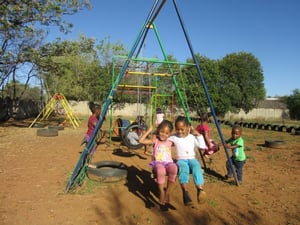 As this summer comes to an end here at home, I think about summer seasons In mission countries. In rural areas especially, where there is no electricity, children enjoy summer, but in very different ways than our children here. They come up with the most imaginative ways to play, which is essential especially when it comes to role playing. During my years working in the African missions, I would observe children during their play time. Some children would act out various experiences they may have encountered, such as pretending they are going to the market. Others would pretend they are teachers or doctors. Their play time would help give them decision making experience, as they worked on their social skills. 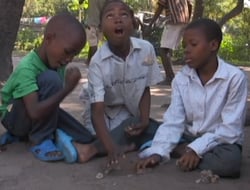 Some of the most popular games in Africa are Mancala and Ayo. All a child needs to play are pebbles and holes in the ground. Stones and pebbles feature highly in African games. Most African games are very simple. In Zimbabwe, Kudoda is a very popular game. Players sit in a circle and a bowl is placed in the center with pebbles in it. The first player takes a pebble and throws it in the air (not too high); he/she then tries to pluck as many pebbles out of the bowl before catching the thrown pebble.  When the pebbles have been collected, the winner is the child who has the most.

Out of all the games children play in mission countries, by far the most popular is soccer. Known as “football” in many parts of the world, it is played by millions of people in hundreds of countries. However, a large percent of the children are unable to afford a real soccer ball, so they are forced to improvise. Using things they have in hand, like strips of cloth, rubber bands, plastic bags, or string, they come up with their own makeshift balls.

One of my most memorable missionary moments for me was when I participated in a baseball game with children who lived in one village. Myself, along with a group of children, went hunting for the largest, thickest stick we could find. With the help of an elderly villager, he was able to whittle the stick into the shape of a baseball bat. We then gathered up some pebbles and found some old rags which we used for bases. We were all set and ready to play their first ever “All Star”  baseball game (the “All Stars” being the children, of course). All the laughter, cheers, and applause was as exciting as if you were at a professional baseball  game in the United States. And then I went up to bat! Interesting fact: both teams wanted me to be on their team, until they saw me bat and run. Let’s just say I wasn’t their best hitter and by far I had to be the worst runner. 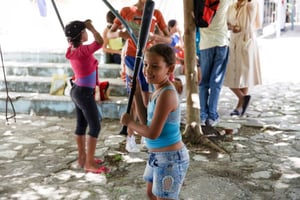 Yes, as Plato said, "'life must be lived as play." And with MISSIO, you can help children in mission countries get the equipment they need for play, even a place to play. When we come together to help, bringing joy to a child half a world away, I'd say everyone's a winner.

Hot dogs and helping out 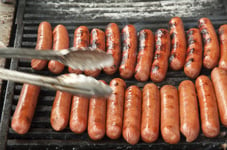 As summer ends, we think back over how it began ~ maybe recalling the Hot Dog Eating Contests on July 4 in places like Coney Island, New York. The world record holder for that particular contest chowed down more than 20,000 calories, consuming 71 hot dogs in 10 minutes this year.

Perhaps a variation on the contest ~ more people eating an average number of hot dogs per person ~ could be used to help children in the Pope's missions ~ maybe even help them get sports equipment!

So, as summer ends, why not (1) pick up some hot dogs in bulk at your grocery store or food warehouse, (2) find a location where there's a hungry crowd like a children's baseball or soccer game, (3) setup a grill, and (4) sell them for the Missions!  Now there's a home run!