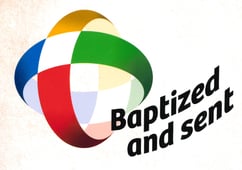 Greetings at the end of this "extraordinary" month for mission! Pope Francis had declared October 2019 to be an Extraordinary Missionary Month, celebrating the 100th anniversary of Pope Benedict XV’s Apostolic Letter Maximum Illud. The theme for this month: “Baptized and Sent: The Church of Christ on Mission in the World.” In light of that, I felt that this would be an appropriate time to share with you the story of a dear friend of mine whom I feel is an “extraordinary” missionary priest, Father Thomas Kevin Kraft, OP. Here is the story of how, through the grace of God, we met, and how our lives would someday intertwine in the African missions. 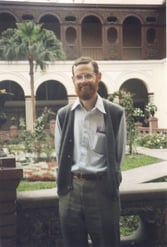 In 1998 and 1999 I was going through the RCIA program at my parish, St. Anne Roman Catholic Church, in Bethlehem, Pennsylvania. One of my instructors was Mrs. Joan Kraft, who was extremely spiritual and full of knowledge of our Catholic faith. One evening, as I entered the classroom, I stopped in my tracks! All that I could do was stare. Sitting in the front of the classroom was a priest wearing a white cassock  with a large rosary hanging from his side. He was extremely tall and thin, and his manner was most humble. He had a uniquely soft spoken voice. During the class he was introduced as Mrs. Kraft’s son, Father Kevin, who at the time was a Dominican missionary priest working and living in Peru. Father Kevin spoke that evening about his calling to serve God in the missions.

Father Kevin made a sacrifice to leave the comfort of his home here in the United States. He had felt called to serve the poor in mission countries, spending most of his ministerial life (30+ years) in missionary work. His first 20 years were in Peru, and then, 2006-2007 in Kenya, Africa. He was a teacher most of his life, teaching in Catholic seminaries and religious formation centers. To this day, Father Kevin is a very modest but zealous Scripture scholar. 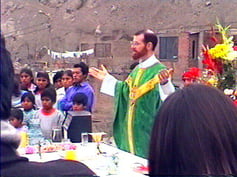 As a missionary, you leave family, friends, and familiar surroundings. Most often you are sent to an unfamiliar context and culture. Some missionaries are unable to communicate upon their arrival due to the language barriers. Father Kevin was fortunate enough to already speak Spanish when arriving in Peru. He later studied Quechua, the national Indian language of the mountainous regions. Upon arriving in Kenya, Father Kevin had completed a four-month intensive course in Swahili. He is now able to celebrate Holy Mass and hear confessions in multiple languages.

Father Kevin faced some dangerous challenges throughout his mission work. While living in Lima for a couple of years, he was surrounded by car bombings, and electrical lines toppling to black out the city, along with being robbed for material items and money. In 1991, he lived in Chimbote, where he had worked for five years. The “Shining Path” movement began threatening foreign priests and tried to blackmail the Bishop into resigning while Father Kevin was living there. They even threatened to start killing foreign priests. Fortunately, Father Kevin had moved onto Nairobi, Kenya, before those killings started taking place.

And by the time that he moved to eastern Africa, my missionary work was coming to an end in the western African country of Nigeria. My work was ironically leading me to eastern Africa, where Father Kevin was working. During this time in Kenya, there was post-election violence. Tens of thousands were killed. Hundreds of thousands were running from their homes, trying to avoid the alternative of being burned alive in these homes. In the midst of this violent sadness, Father Kevin and I found it very difficult to connect. Often the roads between us could not be traveled. Thus, it wasn’t until my next mission journey that I met Father Kevin at the Dominican compound in Nairobi. 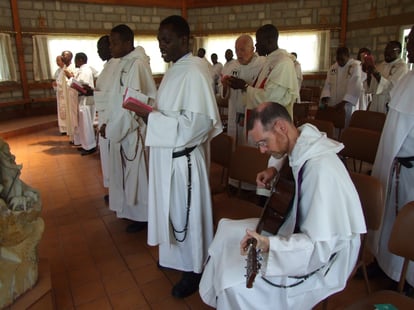 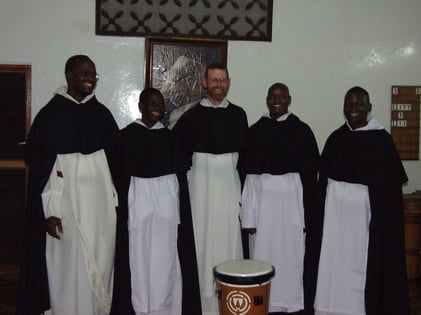 Being in mission countries for long periods of time, missionaries can encounter numerous health risks. Father Kevin was blessed with good health all of his life. The only major illnesses that he had experienced were hepatitis and basal cell carcinoma. Unfortunately, during November of 2011, at the age of 58, Father Kevin began to experience what he took to be “signs of aging.” By September of 2012, he was beginning to feel old beyond his years. On the day after his 59th birthday, feeling sick, tired, and lethargic, he had finally decided to do something about these symptoms. He underwent a series of medical consultations in Nairobi, Kenya, and by December of 2012, Father Kevin was diagnosed with Parkinson’s disease. He received this diagnosis with great calmness, though he admitted grappling with the reality of how he would deal with this in his Christian life, as a person dedicated to the Lord’s service. Father Kevin reflected and prayed to St. John Paul II for guidance and strength, as he also suffered from this disease.

Although Father Kevin’s disease is progressively getting worse, he remains as a missionary priest in Kenya. Recently, he made a trip back home to Bethlehem, Pennsylvania, where we first met and where we met again, this time not in a classroom but in my home. As we were catching up on our mission work, I became aware of how blessed I was to be in the presence of an “extraordinary missionary priest.”  It was at that time that I presented Father Kevin with a copy of the guide for the Extraordinary Missionary Month, Baptized and Sent: The Church of Christ on Mission in the World, knowing how much he would cherish it. 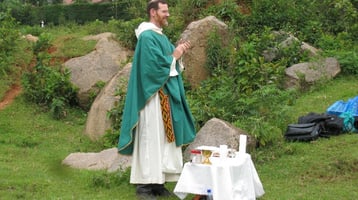 I ask that you all please pray in a special way for my dear friend Father Kevin, as you pray also for the many other priests, religious and lay pastoral leaders in the Pope's missions. With our prayers and support, we join them in their "extraordinary" work in some of the most vulnerable communities in our world. 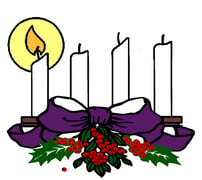 What three gifts could you give this Christmas that cost no money? What is your favorite thing to eat during the Advent or Christmas Seasons? Complete this sentence, "This Christmas our family should..."

These and more questions may be found in this Advent (which begins Sunday, December 1) and Christmas resource from MISSIO and the Missionary Childhood Association. Suitable for all grade levels (K-8), this resource encourages families to take time each day to share Advent and Christmas joys and memories.