Greetings and welcome to  “Hol(l)y Headlines!” It's a bit of a play on words, a sort of "Extra! Extra! Read All About It" call to build missionary momentum as part of our ongoing effort to educate and motivate the next generation of the Catholic Church's missionaries. There will always be a practical way to make mission real for young people, tied to a headline from today, as well as a look at the efforts in the Pope's missions to help the world's most vulnerable communities. That's a little about this blog. Now a little about me. 😊

As a convert to Catholicism, I have found a special appreciation and strength in receiving the Eucharist daily. Attending Mass daily has allowed me significant time for reflection. During this reflection is where my missionary calling took root. I began to feel as if God was calling me to serve the poor, particularly the poor of Africa. I wondered why I personally was being called to carry out God’s work in this way.

To this day, I still believe that God is the only one who knows the true reason behind my missionary calling. When this calling began, many questions flooded my time of reflection. I pondered how I, alone, could carry out such a task. “Did I possess the skills necessary for this type of work? What would be the primary focus of the mission?”

After many months of discernment, I felt as if the answers were still unclear. The moment of clarity came when I was introduced to Father Kenneth Obiekwe, an African priest visiting my home parish in Pennsylvania from the Archdiocese of Owerri, Nigeria. After sharing my calling with Father Kenneth, he recognized my enthusiasm and believed that there was great potential to move forward. I vividly remember his exact words to me, “If you truly want to help the African poor, then give them water. Water is life.” From there my mission work officially began.

I went to my pastor, Father Anthony Mongiello (St. Anne's Bethlehem, Pennsylvania), and shared my calling with him. He immediately offered his support of my "noble" (his word!) mission. I could finally see the pieces of the puzzle coming together, and it filled me with hope.

The poor ask for water, for their tongues are parched with thirst,
I, The Lord, will answer them.
Isaiah 41 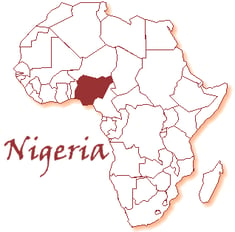 My personal mission centered around providing water for the African poor. My first water project was to be located in Ibeme, Nigeria. Through the prayers, fundraising efforts, and support of my pastor, my personal and parish families, this project was ready to be completed. One year later, all of the necessary funds for the water project were raised and the date was set. I would be traveling abroad to Nigeria at the end of the year to embark on my first journey to the missions.

The date was December 26, 2004, a day that changed my life forever. With one final blessing granted by Father Anthony, I was on my way. I boarded the aircraft, took my seat, and off I went, 8,000 miles away from the comfort of my home to meet Father Kenneth at the Port Harcourt International Airport.

Arriving in Nigeria, I found myself in a very vulnerable state of mind. I was now in a country that was experiencing war between tribes due to their presidential election at the time. I began to feel fearful. Many thoughts flooded my mind. What will my accommodations be like? Will I be safe? In that moment I wanted to return home, but I knew that it was not an option.

The drive to Ibeme village was an hour and a half long on the most rugged roads that I have ever traveled. It was not only grueling on my spirit but on my stomach. Entering the compound where Father Kenneth’s family resided, I realized that in order to best serve the poor, I must live like the poor. There was no running water, electricity, indoor bathroom, or indoor kitchen. My home for the next few weeks was a small building made out of rock, mud, and straw (pictured below). “How was I going to survive this?!” 😱

My bathing consisted of using a bucket of water. This water was purchased for me by Father Kenneth because he knew that I could not bath using the river water. The river water is used by villagers for both bathing and cooking purposes. The water is highly contaminated and causing diseases such as guinea worm, cholera, and typhoid. It was also advised that I cut my hair extremely short to allow for easier bathing and decrease the risks due to my living conditions. Sleeping on a dirt floor provided an increased risk of infestation by things such as ants and lice. Additional risk factors included mosquitoes, snakes, and spiders. Throughout those few weeks, sleeping through the night was extremely difficult.

The drilling of the water borehole (photo above) required the oversight of several individuals. It was completed manually, because the cost of machinery exceeded available funds. Four men worked tirelessly, drilling each day and night in excessive heat a total of 750 feet until the project’s completion. I will never forget as the first drop of clean water began to flow, praises from the villagers filled the air. One villager told me, “We have prayed generations for fresh drinking water. Our prayers have finally been answered.”

Word of the Ibeme water project spread and a neighboring village invited me to visit. Before leaving, Father Kenneth and I accepted the offer and visited with the chief of this village. He approached me and said, “We would take water buckets, filled with our tears, and pour them on your feet at the altar if you would give us water.” To this day, those words still have not left my heart. 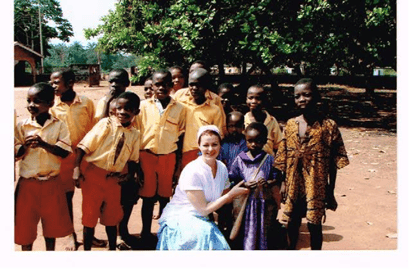 After arriving back in the United States, I could not forget the village that had pleaded for water (like the schoolchildren I met in the photo above). I wanted to continue my work and provide another source of clean water to the African poor, but the biggest challenge was the lack of funding.

The Society of the Propagation of the Faith, one of the Pope's mission societies along with the Missionary Childhood Association, had helped me to continue providing for the impoverished people of Africa. This eventually led to the start of my non-profit organization, Needs for Africa. The mission of this organization was to provide water throughout the African continent. Through Needs for Africa, I was fortunate enough to continue my mission calling for over a decade.

I thank God daily for calling me to be a missionary, and for giving me the strength to say “yes” to Him. As many of you know, saying yes is not always easy to do. If you too are discerning life as a missionary, and are struggling to say yes, I encourage you to research the Pope’s missions. There are many projects that can support children throughout the world. Whether it is water, food, education, housing, or medical care, the need for all is there. Share them with the young people you encounter through your work. Perhaps one is calling you – or them!

'Let's Travel the World in Just One Minute' 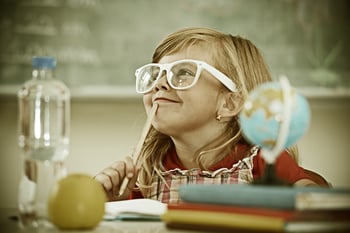 Currently Andrew Fisher holds the record for traveling around the world in the quickest amount of time. It took Fisher 52 hours and 34 minutes to travel from Shanghai and back. Fisher stopped in numerous countries around the world, switching flights, and eventually beating the previous world travel time record. Read more about Andrew Fisher’s journey at this link.

This activity takes its cue from that recent headline, providing a fun and interactive way for students to learn more about the missions. This journey won't take 52 hours – only a minute.

Young people can mock Andrew Fisher’s journey themselves without ever leaving the ground. First, divide young people into groups. Provide each group with a map of the world and a way to visit MISSIO on the Internet. Challenge each group to find the most number of countries in one minute. Using the MISSIO website, the students can search the various projects and flag each project’s home country on the world map. The group who finds and flags the most MISSIO project home countries on their map in 1 minute is the winner. Perhaps the winning group can choose a favorite project, and pray for the project leader and those helped by his / her efforts. Maybe all can even fund raise for that project!

Holly Benner is National Coordinator for the Missionary Childhood Association. She's also the mission education coordinator in her home Diocese of Allentown, Pennsylvania. She has a passion for the missions and experience in making mission real at the diocesan level. For 10 years, Holly traveled frequently to Africa as president of a faith-based non-profit that she founded, one focused on developing sustainable water resources among poor communities.